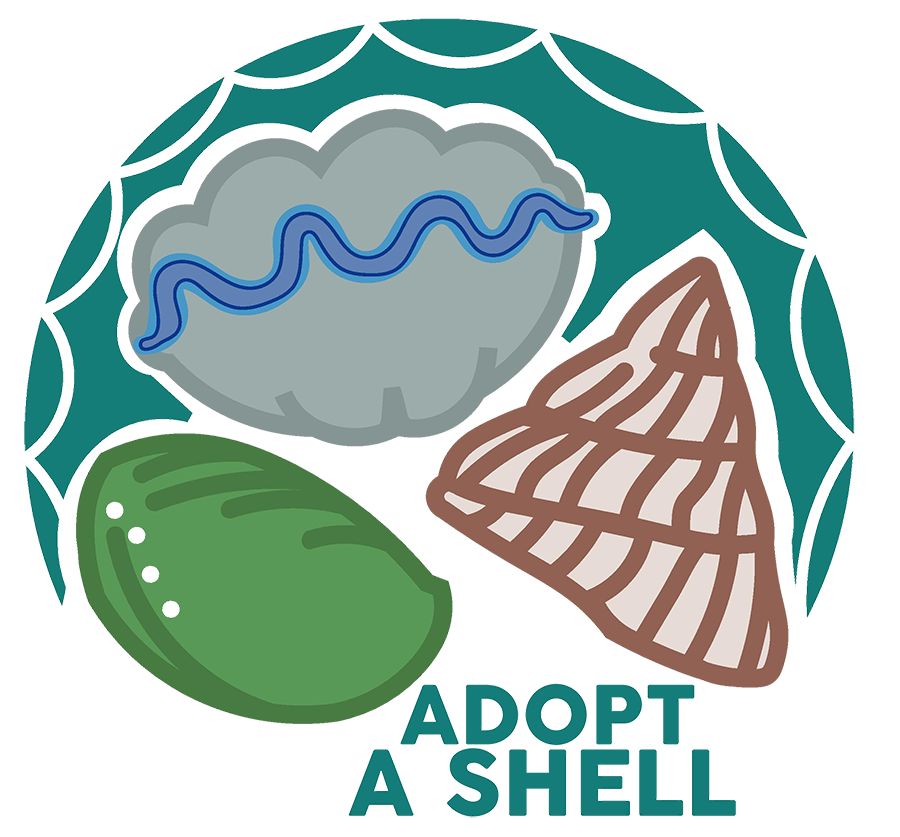 Find out what it takes to make a difference in the seas.

A Hatchery facility is a specialized animal and plant care unit that utilizes various technologies to stimulate reproduction cycles of economically important and threatened species. The developments in hatchery technology has influenced both food production and biodiversity conservation. The usual process starts with the selection of healthy parent stocks from the wild and reconditioning them for spawning. It is from this stage that the survival of their offspring are improved to much higher percentages than that in the wild which is estimated to be less than one (1) percent only.

Spawning can either be done in the hatchery facility or in the wild depending on the size of the parent stocks. While it is easy to transport abalones, topshells, and smaller species of clams for spawning in the hatchery, the sheer size of giant clams Tridacna gigas broodstocks require the laboratory technicians to conduct in-situ spawning. This process involves careful planning and logistics. The magic happens a few minutes after inducing the organisms to spawn by either temperature shock or the use of hormones. The organisms release their reproductive cells and are collected in smaller containers which further increases the probability of producing baby abalones, trochus and clams. 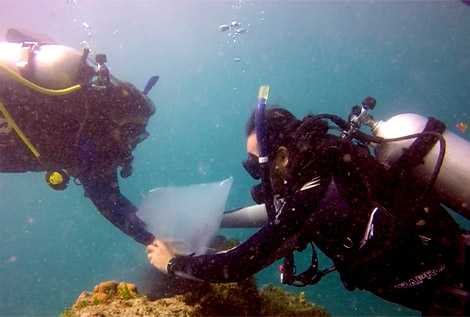 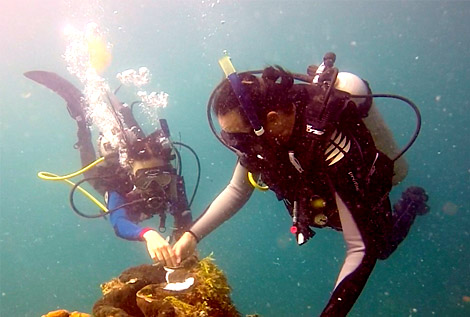 Injecting serotonin and catching gametes from a native Philippine Tridacna gigas during an underwater in-situ spawning activity in Palawan.

Their free swimming babies can be observed under the microscope after 12 hours and will undergo a series of transformations for nearly a month before it assumes their adult look-alike phase known as the juvenile stage. For purposes of increasing survivability, the babies are kept in raceways for nearly half a year. It is during these stages that the juveniles need extra care thus the hatchery facility maintains proper water quality thru filtration and aeration. The facility also maintains its own algal laboratory to produce food for the babies. After about 6 months, the juveniles are transferred to enclosed cages in ocean nurseries. The cages deter predators and allow the clams to grow undisturbed.

Abalones mature into spawners in about a year while Topshells reach their potential to spawn after two (2) years. For giant clams it will take 2 to 3 years before they can mature into their pre-spawning stage. It is only then that they can be ideally relocated in select areas of well protected reefs where they can survive to spawn the next generations of clams in a natural way. 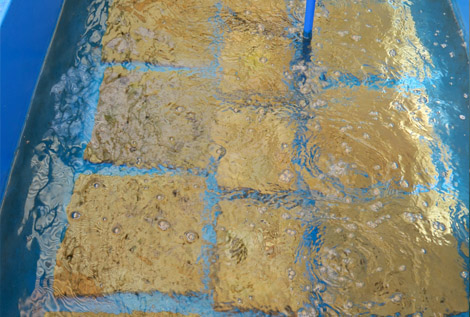 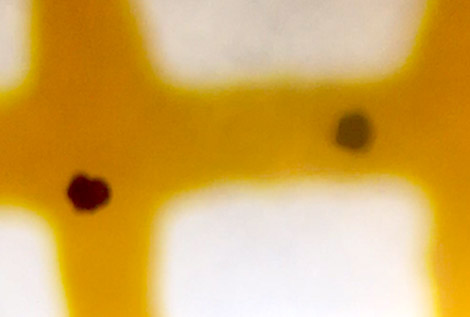 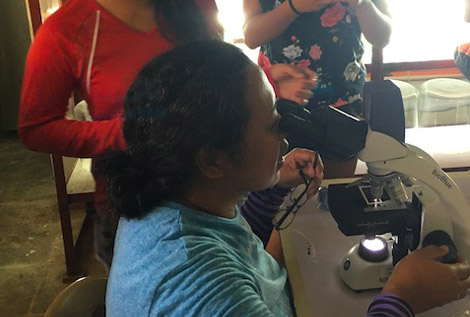 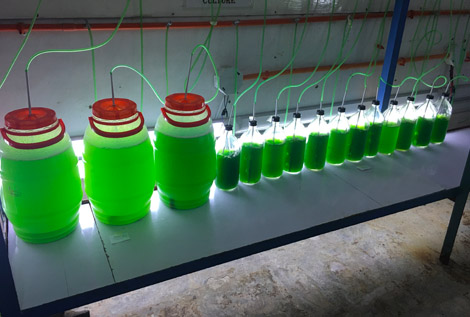 Once the juveniles are 2-3cm in size, they are transported in containers to identified locations such as effectively-managed strict protection zones of marine protected areas (MPAs).  The giant clams are arranged on temporary concrete substrates in fabricated cages to allow it to grow larger for 8-12 months prior to release among reefs.  Growth monitoring is conducted regularly. 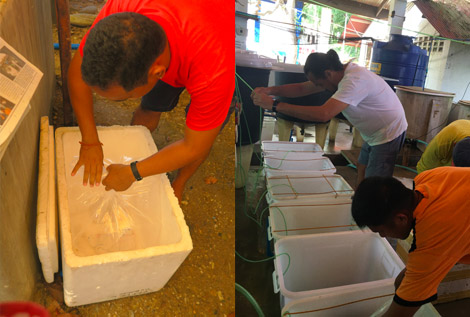 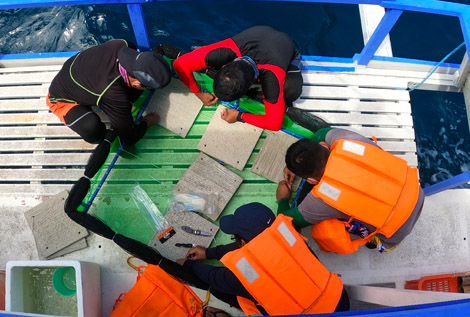 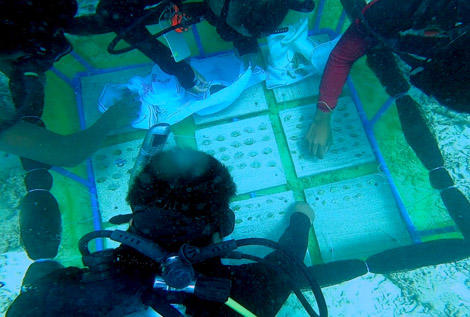 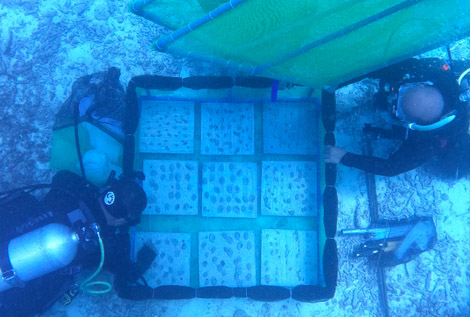 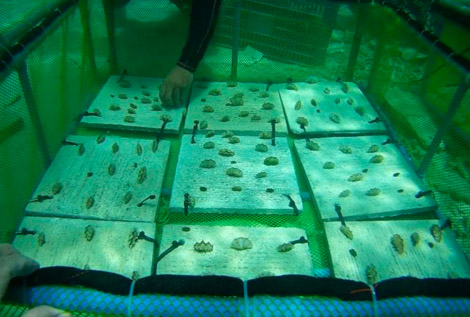 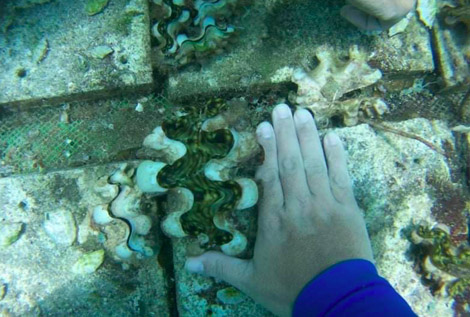 The abalone and trochus, on the other hand, are released directly into corals. 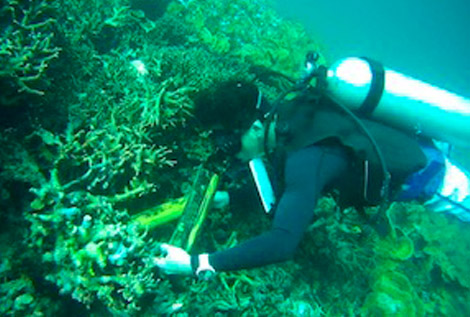 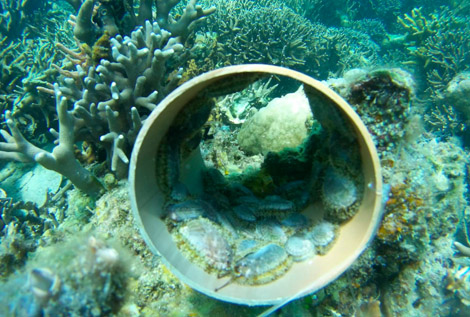 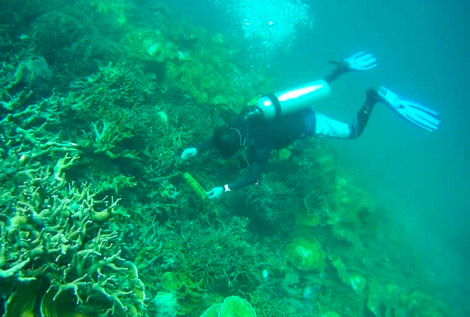 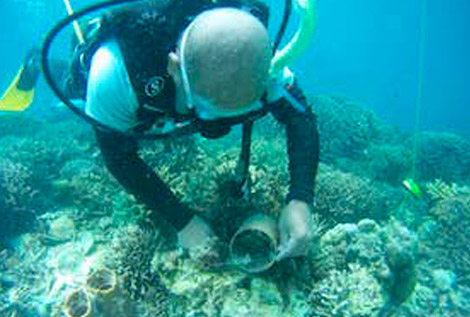 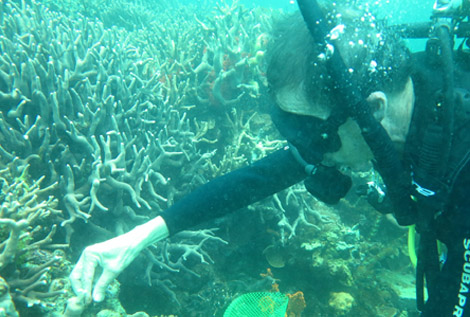 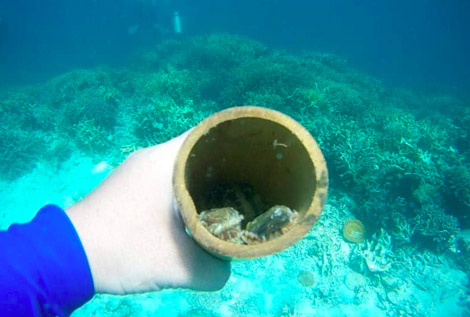 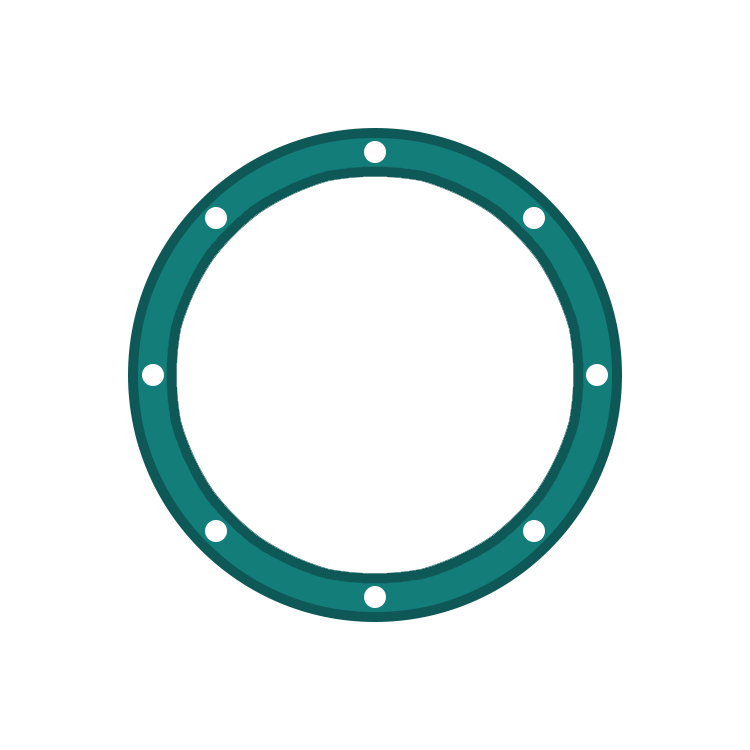 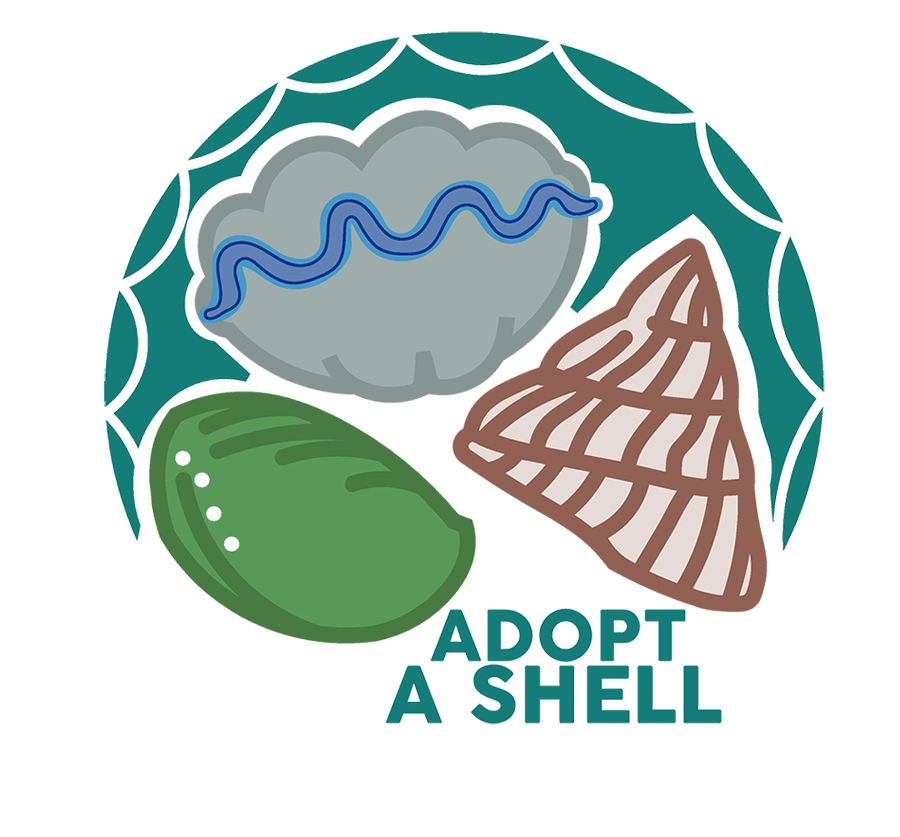